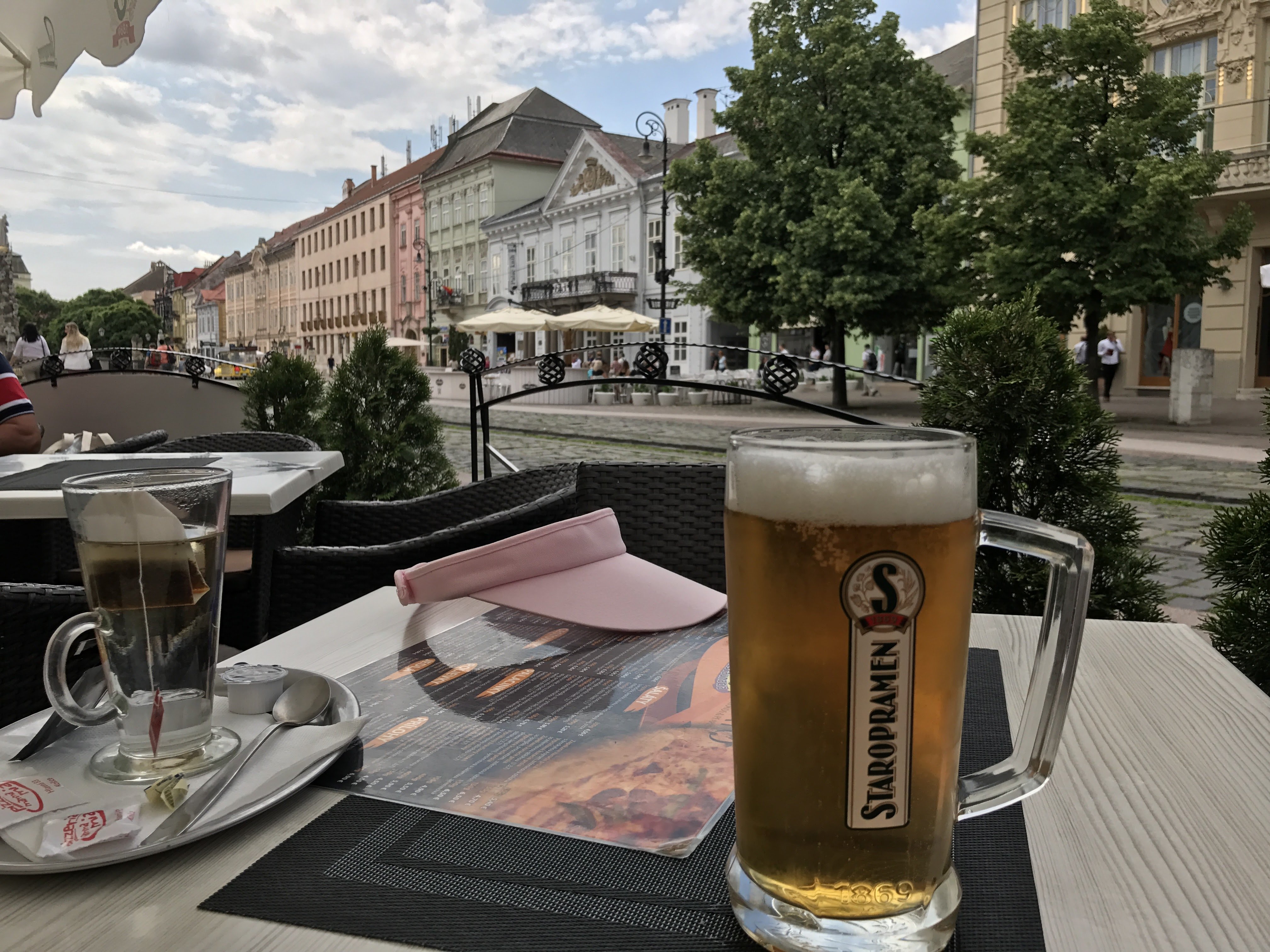 This is about trip planning, but more than anything, it’s about an exercise of imagination, the expression of curiosity, and the definition of a theme. Imagine  approaching an elegant buffet with a great variety of food and drink, ranging from haute cuisine to more basic, but tempting dishes from far flung parts of the world. You’re hungry. How do you decide what to eat with so much variety? The problem comes down to choice, with an endless array at our fingertips.

Such is the challenge in trip planning. The explorable world is before us like an elegant, well organized buffet. We merely need to decide what’s next on our plate. It sounds easy, and it would be if we had hard constraints. Using the buffet analogy, if we were shellfish lovers for example, we could immediately eliminate a large portion of the menu and concentrate on what we like most. And so it is with trip planning. We need to know what we like, or at least what interests us next, either due to curiosity or the ongoing execution of a theme.

And that’s what I like to do – work on a broad theme, in this case it’s Europe. This particular theme has been unfolding for over a decade, with sometimes focused exploration of one country, and other times far flung meandering across a region. This trip leans towards the meandering, but with a connecting thread that binds the destinations together – mostly.

Slovakia, southern Poland, and the Czech Republic, a collection of Western Slavic speaking Central European countries, geographically contiguous, and explorable by automobile over a couple of weeks. All three share the same branch of the European language tree, and have culture and history binding them together as well. The food is hearty and the drink is strong, with the latter useful for warding off the chills of the long winter nights.

In short, the selection is as follows, to be navigated in a grand counterclockwise circuit by automobile over 14 days:

I wanted to visit Bratislava and Kosice in Slovakia because they are its main cities. I wanted to visit Krakow because it’s simply a must see in Poland, more so than any other city based on its history, culture, and architecture – and Wroclaw not only due to geographic proximity to Krakow, but because in addition, it’s worthy of a visit.  I wanted to finish the circuit with the exploration of smaller towns in the Czech Republic, since I’d already been to Prague on a previous trip.  Olomouc stood out a great opportunity for exploration with its history dating back to the 11th century, and as a lesser known, off the tourist path type of destination. I selected Cesky Krumlov as the final destination for very similar historic reasons, although it is as firmly part of the beaten down tourist path as possible.

I elected to start the itinerary in Bratislava and work my way east to Kosice, covering most of Slovakia over a 5 day period.  Then head north to Krakow, Poland for a 3 day exploration of the ancient seat of Polish Kings – which saw no damage to speak of in the major wars of the 20th century, and should be in pristine architectural shape. Continuing the counterclockwise circuit, I next selected Wroclaw for 2 nights as a compliment to Krakow in Poland. Also steeped in history, but did not escape the specter of war unscathed. And the circuit is completed in the Czech Republic with stops in Olomouc, and Cesky Krumlov, each for 2 nights, covering both the former kingdoms of Moravia, and Bohemia.  I thought the two cities would represent the Czech Republic well, although Cesky Krumlov is densely touristed, I had hoped I was early enough in the season to avoid the main surge.  I reserved a 1 night stay in Vienna to await the early return flight to Heathrow, connecting back to Atlanta.  Without this tactical accommodation, I would have had to drive from Cesky Krumlov to Vienna in the very early hours of a Sunday morning, like departing at 2:30 AM, to arrive at the Vienna airport at 6:00 AM. I shudder at the thought.

There are no direct commercial flights from the US to Bratislava. It’s easy to check this with Google Flights using the Explore feature while filtering on direct flights only. Given that I had to make a layover, I selected London Heathrow because of the broad selection of connecting flights, which gave me a reasonable connection time, as well as good prices due to competition among carriers. I chose a direct flight to Vienna from Heathrow to complete the outbound air transportation part of the trip. The Vienna airport is serviced by many more carriers than Bratislava’s airport, which drives up competition and reduces prices. And the Vienna airport is an easy 45 minute Uber ride to central Bratislava.

With so many cities to connect to, I definitely wanted to drive over taking trains and public transportation. It’s the connection time that elongates travel using public transportation. And nothing beats the convenience of going on your own schedule to wherever you need to on any given day. Can’t do that with public transportation. Driving is more expensive to be sure, but I’m optimizing for time, not budget.  And there will be plenty of driving, to be sure.  I estimate about 2,000 kilometers of driving with 3 to 4 ½ hours between the destinations planned, which is a golden opportunity for discovering the countryside, and stopping in little out of the way places in between.

With so many interesting, steeped in history, smaller cities to explore, I definitely wanted apartments over hotels on this trip. And I was focusing on apartments that were centrally located, within the confines of the  pedestrian-only parts of the old town. This allows for convenient exploration with no transit time to get to the historic and interesting parts of town. And there’s nothing more immersive than stepping out of your own door and being in the heart of the historic part of town.

Google Flights is my standard tool for research, and planning airfare. There are plenty of others, and I’ve tried most, but find that I really don’t need to save the very last nickel at the cost of spending more time chasing that nickel.

Booking.com, TripAdvisor, and Airbnb were used to book all of the apartments for this trip. My preference is to avoid Airbnb because they’re not transparent with property locations, and do not promote the size of their properties in their standard description.  But I do use them if I can circumvent their deficiencies.  It’s interesting that I booked no properties with Homeaway on this trip, especially considering that I explore for apartments there first.

Google Maps is absolutely indispensable for planning purposes. I shudder to think what trip planning would be without it. I download the maps for the countries I travel, to avoid being out of cell range (highly unlikely in Europe), and to navigate should I exceed my daily data allowance.

Google Translate is installed on my phone with all of the languages I need on this trip already downloaded. This way I can translate on the spur of the moment even if I have no data left for the day, or if I’m out of cell range (a huge improbability in Europe).

In Your Pocket guides were useful for getting a background, and some history of Krakow and Wroclaw in particular, but also good for an overview of Olomouc. The quality is very good, and I hope they do more cities.

Sixt is my first choice for car rental in Europe. They are a competent company, typically delivering road worthy German cars. On this particular occasion, I reserved a BMW 520d. An excellent automobile for the exhilarating driving possible on European roads.

Uber is what I planned to use to get to central Bratislava from the Vienna airport, as well as return to Vienna from Bratislava after dropping off the rental car to spend the night before the return flight to Heathrow.  It also comes in handy for getting around from point A to B once I’ve had enough walking for one day (which sometimes, but rarely, happens).

Reflections on this trip.  The itinerary in general was very good, but I am disappointed as to how densely touristed Cesky Krumlov was even in early June, the time we were at this particular destination. CK was interesting, and I liked the destination, but found it impossible to blend in, and have an immersive experience. There is no such thing – it was like trying to be immersive at Disney World.  In retrospect, I would have chosen Telc as the second city in the Czech Republic, and bypass CK, because it doesn’t fit my criteria for Immersive Travel. Otherwise, I would consider this trip epic, with many fond memories of the destinations visited.